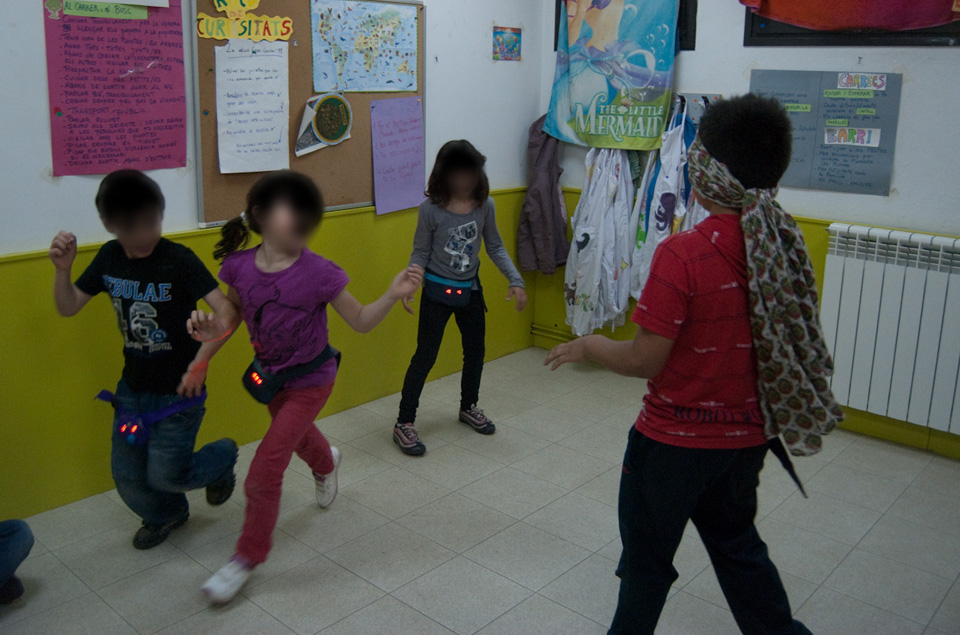 Statue is a belt pack that blinks and makes sound whenever the user moves. Statue stimulates children to play games related with being a statue or moving without being noticed, which are commonly played by children, according to our ethnographical observations. It is inspired in many folk games, which include being statue. According to our evaluations, the accessory added a new condition in their everyday settings that encouraged transforming their frequent games. Social interaction emerged by slightly modifying the rules in a social dynamics that challenged power, leadership and creativity, they also practiced body language, imitations and small talks.